Words cannot express the magic of a voice such as James Brown aka "The King".

When JB aka TK did the vocals to the original "Gravelands" album it sounded and felt like a perfect voice bringing back the soul and spirit of Elvis within the context of great popular songs by such artists as John Lennon, Janis Joplin, Jimi Hendrix, Kurt Cobain, Freddie Mercury as well as the Rolling Stones and Red Hot Chili Peppers. His version of "Come as you are" entered many international charts and playlists. With the follow up "Return to Splendor" and a string of well received concerts, The King and his music created a big fan base, topped many radio charts and was - and always will be - a great live sensation.

The King’s own story is as steeped in potential legend as the good lord Elvis himself. Born in the rough end of Belfast, married with five lovely children, the young King never even considered singing an option until he was reluctantly hauled on stage by a professional in house band. A longtime fan, he chose "Suspicious Minds" from the dog-eared list of songs and the crowd just melted before him. Thinking he might be on to something, he got a two-year sabbatical from his job at the Post Office (“They offered me three, but I’ve got my kids to think about”) and headed out onto the road.

Swiftly picked up by EMI-Electrola, he released the Gravelands album to the ravest of reviews. It was a marvel.

The King stamped the indelible mark of Elvis across the songs of the latest and the greatest, belting out tunes like Nirvana’s "Come As You Are" and Joy Division's "Love Will tear Us Apart" as if they were written for the boy Presley himself.

If the great man were still with us today, these are the songs he would be singing, and no mistaking.

But the Belfast boy is no one trick pony, oh no. Acclaimed as one of the greatest Presley tribute acts working today, he takes the Elvis legend and builds on it. There’s no rubbery reliance on the myth of the American Trilogy like so many of the sad Vegas copyists. Neither does he play the novelty card that supported the likes of Dread Zeppelin or the Anglo-Indian Elvis impersonator Peter Singh. No, The King’s act is less copied more studied. Where everyday impersonators merely mirror Elvis, The King becomes him. Every gesture, every smirk, every vocal nuance is the purest Presley, but at the same time he’s so natural you’d be forgiven for thinking you were watching the great man himself.

But there’s more.  No less a modern pop god than Huey from The Fun Lovin’ Criminals has personally invited him out on tour, and there’s a sparkling new album on the horizon to boot. The new disc will see him romping though another bucketload of songs by the best artists in heaven.  Songs by his friends, contemporaries and more recent young pretenders: a beautiful take on Louis Armstrong’s Wonderful World and the Rolling Stones’ seminal Sympathy For The Devil are just two such pearls, but believe me there’s more.  Lots more, every last one of them wonderfully enhanced by the golden voice of The King.

A few years on from Gravelands, this is no comeback. Like Elvis, whose supposed ’68 comeback was nothing but a continuation of his finest work, The King has never been away. Elvis Presley may no longer be with us, but he’s sent down an angel to carry on his earthly work.

The King is that angel, and long may he continue to spread the word of the Hillbilly Cat.

Back in 2008 James Brown aka the King got a call by Danny Seraphine, drummer and long-lasting founding member of “Chicago”. The likes of Steve Tyler were producing “Lonely Street”, a movie about Elvis being still alive – and guess who lent his voice to the recording of those “new” Elvis tracks -

Joe Mantegna (Godfather 3) and Jay Mohr (Jerry Maguire) and is available on DVD.

So when you’ll see the current show “One night with the King” - there will be songs from Gravelands, Return to Splendour, some interpretations from the Sun Sessions and a few new tracks from the movie. 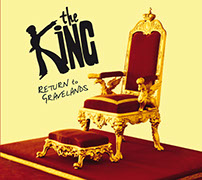 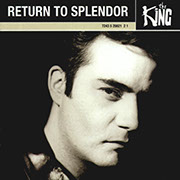 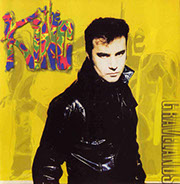 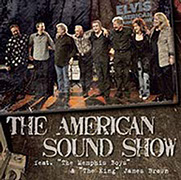 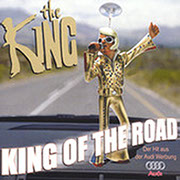 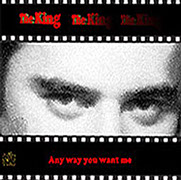 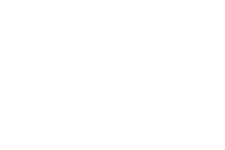